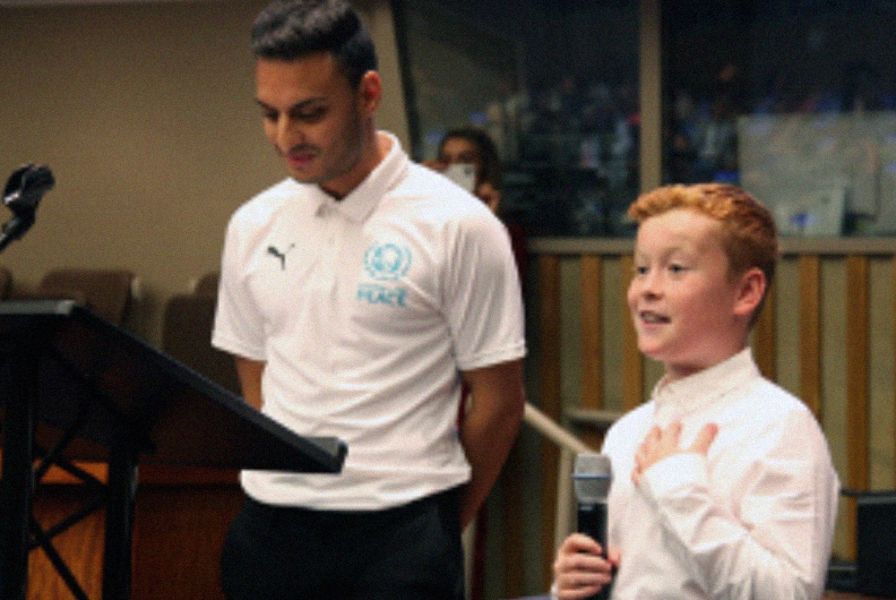 Hosted by former director of the UNOSDP office in New York Dr Djbril Diallo. Football for peace Co founder and young peace envoy spokenon the power of football at the at the Africa open  for Business Event where Presidents and Prime Ministers, Captains of Industry, and Young Leaders from Africa and the Diaspora addressed the Challenge of Climate Change and its impact on Health, Business, and the Empowerment of Women. Kashif Siddiqi and Braydon beta addressed the assembly on Football for Peace and its future plans to deliver City for Peace programmes that would engage thousands of Young People.