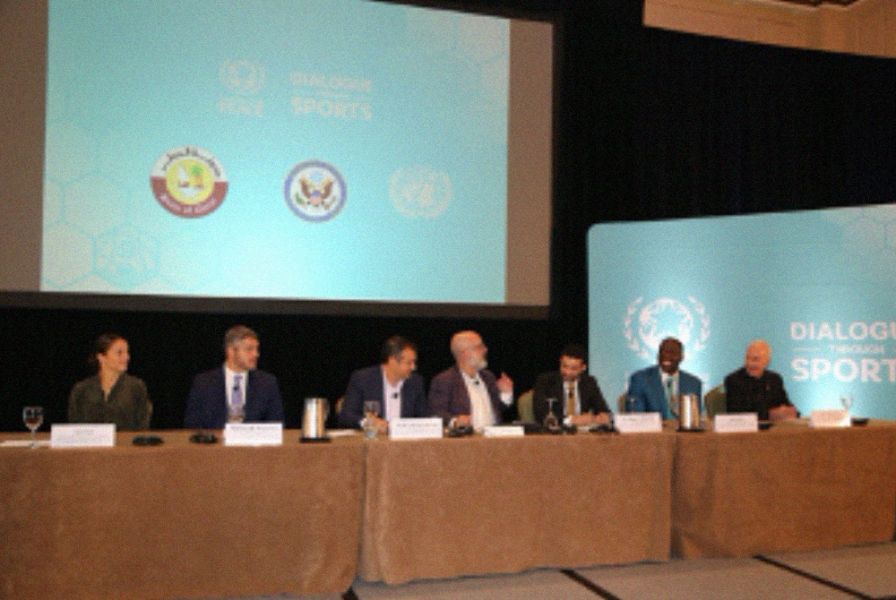 Football for Peace Symposium at the 74th session of the United Nations General Assembly in New York, USA.

Football for Peace aims to host symposiums in the coming years that will open up a dialogue with communities, their leaders, clubs and players about how effective Football can be in tackling the globes most pressing issues.

One of Football for Peaces initiatives is to convene high level discussions with politicians, local and national, statesman, diplomats and influencers across the World in a conversation on how football can deliver positive social change and empower young people to sustain it. On the 24th of November, Football for Peace held a high-level event at the 74th Session of the United Nations General Assembly in New York promoting the power of football to address any social harms and in particular, prevent violence by introducing them to the Football for Peace’s ‘Dialogue Through Sport’ event. The event was hosted by Dr Diallo, former Director at the office of the Special Advisor to the United Nations Secretary General on Sport for development and Peace.

This ‘Dialogue Through Sport’ event showcased the projects Football for Peace deliver in communities that engage young people in football and life skills training programmes and hosting conversations with policy makers about the role that sport, and football, can play in being a force for good.

Key note speakers at the event were:

The high level panel discussion between government delegates, private sector and sports bodies brought insight into the ability to work together to support sports base engagement programmes. Seated on the panel: